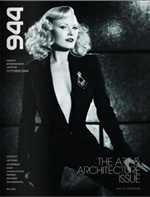 DO I HAVE A CASE?

Channelle Kizy White was born in Southfield, Michigan. When she was growing up she had dreams of becoming a lawyer, or maybe even a Supreme Court Justice. While she always knew she wanted to be a lawyer, it wasn't until college that she went through an experience that further solidified her dreams.

In 1999, a person very close to Channelle was accused of murder. Over the course of almost eighteen months, she was able to experience first-hand the injustices that often occur because of the tremendous power the government possesses. Channelle is able to fully understand and relate to the pain and suffering that a family and other loved ones endure when a person close to them is accused of a crime. The government often makes people feel as if they do not have a voice and have no control over the situation. To Channelle, being a lawyer is not just about fighting for justice, it's about fighting for individual families and helping people understand the process every step along the way. After going through this extremely difficult experience, there was no doubt in Channelle's mind that she would become an attorney so that she could fight for people every day.

Due to Channelle's hard work and dedication to her studies, she graduated from the University of Michigan, Ann Arbor with honors. She then went on to attend Loyola University Chicago School of Law, where she achieved Dean's List honors. While attending Loyola, Channelle had an opportunity to work with and learn from nationally renowned trial attorneys. She also earned a position on the Bankruptcy Moot Court Team and argued in front of the Bankruptcy Court in Illinois. Most interestingly, Channelle worked with professors in researching and helping to prosecute Augusto Pinochet, the Chilean president who before his recent death, was being investigated and criminally prosecuted for the terrorist acts he made his citizens endure.

After each year of law school, Channelle returned home for the summers to work as a law clerk for Neil Rockind. During these summers, she had the opportunity to work on a number of high profile cases. She helped defend a Farmington Hills woman accused of poisoning her husband and the next summer, Channelle assisted in the defense of a man accused of an eighteen year old murder in Tawas City, Michigan.

Most recently, Channelle was selected as a Michigan Super Lawyers Rising Star, an honor presented to less than 2.5% of lawyers under the age of 40.

Channelle has represented individuals from all walks of life. Each and every one of her clients receive the same enthusiasm, attention and determination that she would want for her own family.